A Little Bit of Paris Comes to Elkins Park with Author Mary Fleming!

Chicago native Mary Fleming moved to Paris in 1981 and has lived in France ever since. Come join her for a conversation about all things Français! 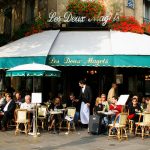 Mary will also tell us all about her wonderful new novel, The Art of Regret, about which Diane Johnson, author of the bestseller Le Divorce says: “Readers of The Art of Regret will have the double pleasures of walking through the ‘real’ Paris… and of the dramatic story that plays out in the American-French family.”  Read below for more about the book.

We will serve some lovely French wine and also engage in a few bons mots en français. This event is free and open to the public.
RSVP to lynn@openbookphilly.com
Merci et à bientôt!

ABOUT THE ART OF REGRET 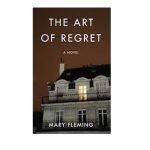 Now in his late 30’s, Trevor McFarquhar lives a controlled, contrary existence. Traumatized by early childhood loss, the silence surrounding those losses, and then a sudden family relocation from the United States to France, he has no ambitions for his struggling Parisian bicycle shop or himself. His romantic relationships are only casual; his friendships, few. He’s both aloof and exacting, holding everyone to his own high standards while being unforgiving of their faults. But then, in the midst of the 1995 Paris Transit Strike, Trevor himself makes an unforgivable mistake. Humbled and ashamed, his veneer cracks, and he slowly emerges from his cocoon to reconnect, to rediscover possibility, and ultimately to redeem himself. 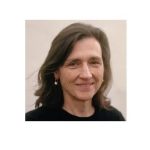 Mary Fleming, originally from Chicago, moved to Paris in 1981, where she worked as a freelance journalist and consultant. Before turning full-time to writing fiction, she was the French representative for the American foundation The German Marshall Fund. A long-time board member of the French Fulbright Commission, Mary continues to serve on the board of Bibliothèques sans Frontières. Having raised five children, she and her husband now split their time between Paris and Normandy. THE ART OF REGRET is her second novel.