See the new film and stay for a talkback with noted history professor Erica Armstrong Dunbar, author of a new book about Harriet Tubman, She Came to Slay.

The story of the heroic abolitionist Harriet Tubman is recounted in this artful biography. Cynthia Erivo stars as Tubman, who escaped slavery and went on to lead hundreds of enslaved people to freedom via the Underground Railroad. Featuring an incredible supporting cast including Leslie Odom, Jr. from Broadway’s “Hamilton” and Janelle Monáe.

THE TALKBACK AFTER THE FILM 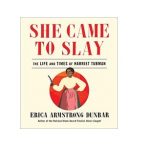 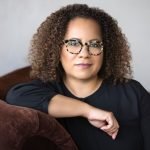 Join us after this screening of HARRIET for a talkback conversation and book signing with Erica Armstrong Dunbar, author of SHE CAME TO SLAY: THE LIFE AND TIMES OF HARRIET TUBMAN. This is a fresh take on American icon Harriet Tubman, blending traditional biography, illustrations, photos, and engaging sidebars that illuminate the life of Tubman as never before. Copies of the book will be available for sale.

Erica Armstrong Dunbar, writer, historian, & lecturer, is the author of SHE CAME TO SLAY as well as NEVER CAUGHT: The WASHINGTONS RELENTLESS PURSUIT OF THEIR RUNAWAY SLAVE, ONA JUDGE. Dunbar holds the position of Charles & Mary Beard Professor of History at Rutgers University. She has produced many other academic publications as well as contributed to TV, radio, and print media. She is a native of Philadelphia.